The texas market is heating up. Austin is leading the way with affordable flexible office space from coworking to direct from landlord fit-out spaces for teams from 1-200.

Affordable
Lower cost of rent and office space compared to other markets.

Ranked as the best place to live, by US News, Austin brings in 50 new residents a day. From its vibrant music scene, to an influx of tech jobs, and abundant access to outdoor space people are flocking to Austin. Austin had a population of 947,890 as of July 2016 which is a 16% growth from 811,045 in 2010, larger growth than that of Dallas. This rapid population growth has increased the need for more flexible office space. The number of bookable flexible office locations on LiquidSpace have increased 2.5X over the last year alone. Today there are over 164 readily available spaces to book. 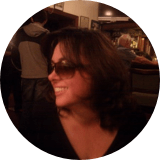 In the current market, adaptability is a key to success. Landlords and companies are realizing that flexible offices provide an unmatched ROI in terms of cost savings, employee happiness, and operational investment. Both traditional firms as well as tech startups have increasingly adopted flex offices, simply because it works.
Felicity Maxwell
Partner at Fibercove
Core and Flexible Office Trends in Austin
Core
Core – stable office space that companies rent out for terms spanning years mostly for headquarter spaces or established markets.
Flexible Office
Flexible – offices rented for spans of hours, months, and years. Companies use flexible office for: satellite space, expansion space, and to provide employees with mobility options. 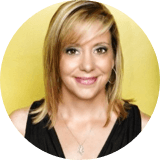 Our society is no longer accepting the status quo. Signing a 5-year lease with triple net, yearly bumps and no flexibility is no longer okay. The big change we’ve seen over the past few years is the introduction of large corporations entering the industry in droves. It used to be a rogue team here and there, but now real estate divisions in large corporations are aware of their options and choosing more flexible terms.
Liz Elam
Owner of Link Coworking and Founder of GCUC
Average Annual Cost per Worker in Austin
$6,620
Flexible Office
$5,601
Core
As the Austin economy booms so do concerns about traffic. 2/3 of respondents from a recent National Journal study responded that Austin is “mostly unprepared” to deal with this increased economic and population boom. Suburb to downtown commute times are climbing above the hour plus range. Increased commute times are increasingly driving enterprises to offer mobility touchdown office options, closer to where their employees live. 65% of the companies surveyed expect to use flexible office options as part of their office portfolio in the Americas by 2020. 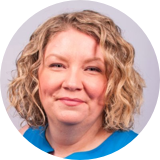 As travel and work at companies becomes more fluid, so should office space. People do their best work when connected with others and that happens best in an office environment versus a spare bedroom, kitchen table, or hotel room.
Jessica Miller-Merrell
Owner of Duo Works
altSpace Fit-Out Solutions in Austin

An area where LiquidSpace is adding to the available flexible office options is through altSpace. altSpace combines carefully curated office fit-outs with LiquidSpace approved landlord and partner spaces. In addition to space and fit-out the altSpace service layer provides design consultation, IT procurement and a dedicated LiquidSpace concierge to help manage a customer’s move and the facility manager’s needs, where we can alter existing space into flexible space.

Austin is the city to benefit from altSpace as the tech and communication industries boom. To get insights into how a Fortune 500 company put their team culture in Dallas first read their customer success story. Building operators are adding flexibility to their asset portfolio to meet the evolving needs for flexibility from their customers. Olymbec has added altSpace to their portfolio in the Dallas Central Business District. Learn how you can leverage the altSpace program as a building owner.

In terms of size Austin has been lagging behind some of the larger markets for flexible office space. Coastal cities such as New York, and San Francisco have exploded with supply. In the Texas market Austin is right up there with Houston and Dallas in terms of the flexible office space. As a building operator learn how you can leverage the altSpace program in the Texas market. 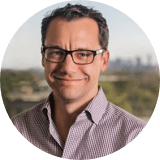 We didn’t have to do the same level of buildout for altSpace that we normally do, so we could do a shorter term transaction and make it work from a profitability standpoint.
Chad Cook
Managing Member at Quadrant Investment Properties
Read Customer Story
Austin Flexible Office Trends
Technology sector leads growth in Austin

Austin, also known as “Silicon Hills”, benefits from the booming established technology companies such as Dell, IBM, AMD, Apple who are growing their presence here. As the capital of Texas the state and local governments employ a large percentage of the population. The education sector consisting of many players from the Austin Independent School District to the Texas State University of Austin provides ample employment opportunities plus an educated labor force. Real Estate, medical and pharmaceutical are also booming in Austin making it an attractive, growing market that saw little detrimental effect from the financial crisis.

Austin ranked as the top U.S. Markets to Watch for growth and development based on the PWC Emerging Trends in Real Estate 2017 report. Austin surpassed Dallas (2), San Antonio (31) and Houston (40) in the ranking and has been in the top 10 for the last decade. Austin’s high investment rates 3.76 and high development rates 3.61 make this market HOT and here to stay. 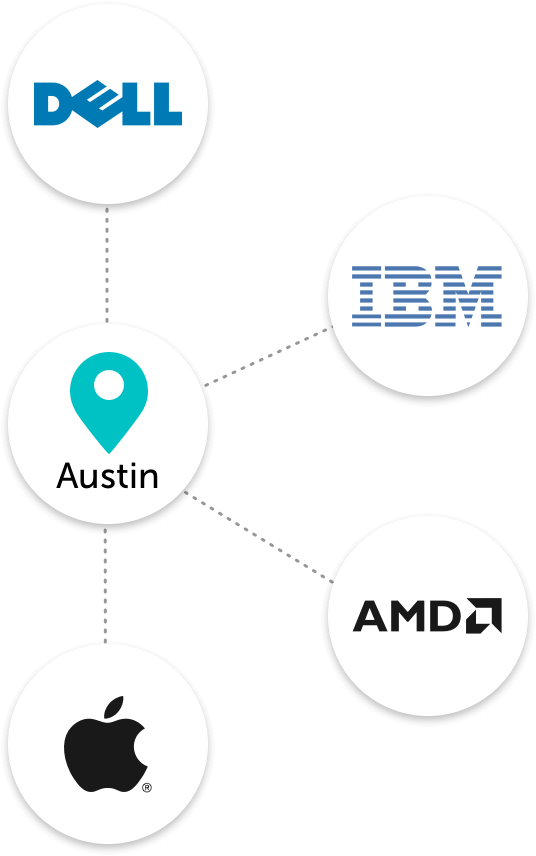 32,700 net new jobs were added in the last 12 months. This is a 3.3% increase over the last 12 months. Transportation, education and healthcare were the fastest growing sectors in Austin. Unemployment is at 3.6% one of the lowest in the country and only slightly higher than 3.2% a year ago. The United States unemployment rate is at 4.5%, so Austin unemployment is significantly lower than the national average. The unemployment rate in Austin has been steadily falling since 2010 when it was at 7%. In addition to Austin’s affordable living, the average weekly wage rate continues to rise, reaching $1,158 and surpassing the U.S. average of 1,067. 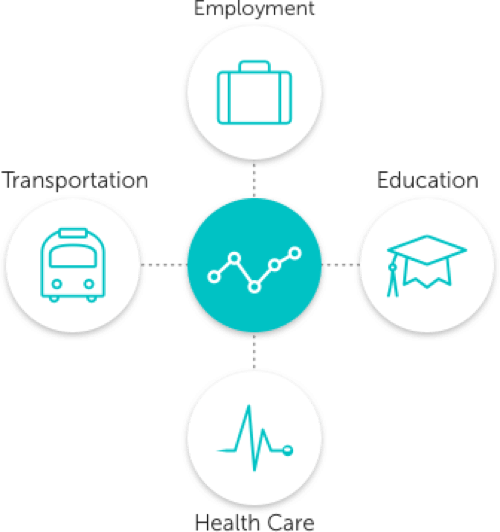 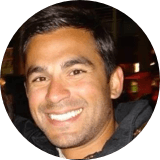 Austin with its tech and entrepreneurial focused workforce really drives innovation in Texas. Everyone wants to come to Austin because of what the city and living offers. Many large companies are also moving to Austin and seeking non-traditional space.
Vijay Mehra
Owner of atx FACTORY
More demand than supply of office space in Austin

Austin has added 1.2 million square feet of commercial real-estate, with 77% pre-leased upon completion according to the JLL Austin Q2 2017 Office Insights. Flexible office space interest in Austin is picking up. It is in the top 20 markets searched for on LiquidSpace, lagging behind Houston (5th) and Dallas (9th). Just last month there were 1196. With a 2.5X growth in flexible office space in the last year people have over 164 workspaces to choose from immediately available. A significant rise in millennials within the workforce will further impact the need for flexible office space. Yearly a new educated workforce graduates from the top universities in Austin and chooses Austin for it’s quality of life and diversity of industry. In fact 42.6% of the Austin workforce has a bachelor's degree or higher compared to the U.S. average of 30.6%. 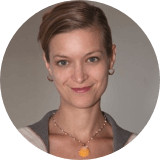 Most current coworking spaces are made for entrepreneurs and freelancers, and they tend to like it that way. Those are the people they serve and understand. Remote employees and enterprise teams have significantly different physical and cultural needs in a space, and I believe that will affect the next wave of spaces being created.
Shelley Delayne
Owner of Orange Coworking 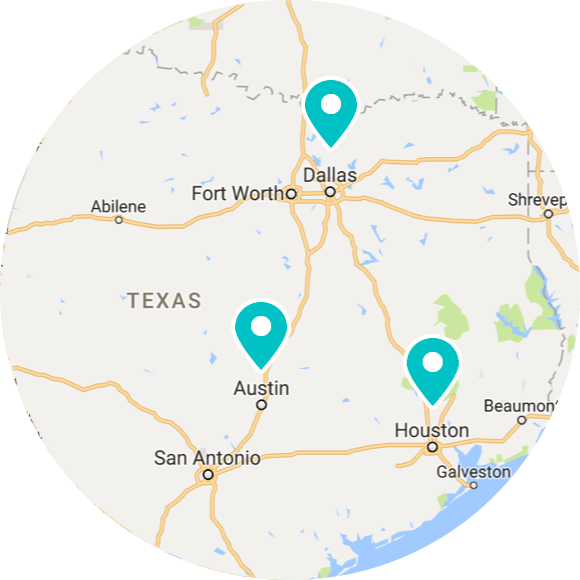 Texas Market Flexible Office Summary
In Texas three cities are poised to become the rising stars of the flexible office sector.
Austin
$552/mo
the average monthly price per person
10,130 sq/ft
flexible office space
Austin is a city with a total of 10,130 square feet of coworking space with an average monthly cost per person of $552. With the tag line “Keep Austin Weird” the capital of Texas is poised to be a leader in the future of office space. Austinites and the tech scene will continue to grow as more and more companies decide to move to the city.
Dallas, the Silicon Prairie, has been growing rapidly and is largest hub of coworking space in the state of Texas. With over 1,276,211 square feet already Dallas is an industry leader. With Dallas coworking space costing $189 monthly per worker it is one of the most affordable in the country. Thanks to the influence of technology in the city, Dallas is attracting young growing businesses and Fortune 500 international corporations.
Dallas
$189/mo
the average monthly price per person
1,276,211 sq/ft
flexible office space
Houston
$168/mo
the average monthly price per person
1,984,336 sq/ft
flexible office space
Houston, people are still moving in record numbers. According to the U.S. Census Bureau, Houston added 125,005 residents in the 12 months ending July 1, 2016. Houston is again fueling growth for the coworking sector. Moreover, Houston remains an international destination. Over 28,000 people moved to Houston from abroad in 2016. The coworking sector in Houston costs about $168 per worker per month, with over 1,984,336 square feet of space throughout the city.