New York City is among the most significant flexible office markets in the US, featuring rapid growth, high costs, and increasingly, a consolidation of power and funding.

Fastest Growing
New York is the fastest growing US city, with 14.3 million sq/ft under construction 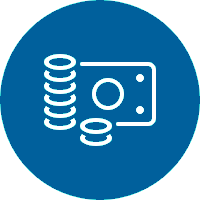 Expensive
$74.14 per sq/ft, double the national average, and top 2 most expensive

Consolidation of Power
The avg. funding round in Q2 2017 was $15.8 million, the greatest in recent history
NYC Office: Big on Cost, Supply, and Demand

NYC is a hyperdense office market, with 1.5 million sq/ft of office space per square mile.

Beyond being the most dense office market in the US, New York City is also among the most expensive. NYC and SF often switch places at the top of office rental rates in the US. There’s so much price variation in each city’s neighborhoods, that, by different measures, either city could be the most expensive city for office space in the US. As it stands in JLL’s Q3 2017 Office Outlook, New York City has an average cost of $74.14 per sq/ft, compared to $74.22 sq/ft in San Francisco. Both are more than double the national average, of $33.11 sq/ft. While there’s a notable difference in the cost of flexible office versus core office, NYC commercial real estate is very expensive, no matter how you slice it. Factoring in 150 square feet of space per employee, the cost for a core space is about $11,121 per employee per year. to the average price per person for flexible office space is NYC is $638, adding up to $7,653 per year.

Even with the high cost of office space in New York City, there’s a fairly low vacancy rate, 10.2% in NYC, compared to national average of 15%. This makes NYC among the most fully occupied cities in the US, which is impressive considering the sheer amount of inventory in NYC. Of course, traditional measures of vacancy rate don’t tell the full story. Whenever a company leases space, there’s always unused or underused segments of that space. This is particularly true for long-term leases and large size spaces including entire wings, floors, or buildings.

Tech companies are beginning to understand this concept. And, they’re taking action to avoid the underutilization of space common in long-term, traditional leases.

The aforementioned August 2017 tech deals are evidence of a significant upwards trend in New York City flexible office. It further proves that flexible office can include large spaces. Plus, the flexible office trend in NYC highlights the fact that large tech companies – including Netflix, which closed a 11,592 sq/ft sublease in Flatiron – are leading this market shift towards flexible office.

The JLL NYC Tech Monthly Survey shows high growth in NYC’s tech industry. Although VC funding for NYC companies was somewhat slow in the first quarter 2017, there was a huge influx of venture capital cash, particularly to tech companies in Q2 2017. Despite there being fewer deals, the total amount of funding for NYC firms in Q2 2017 was $1 billion greater than in Q1 2017. Matt Livingston is a commercial real estate broker at JLL, specializing in tech tenant leases. He says: 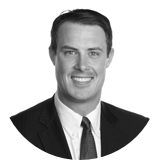 NYC is a close second to Silicon Valley in the amount of VC funding, which has created an abundance of fast growing startups that couldn't survive without flexible office space options. Even when they reach the stage of needing their own branding/identity in a more traditional office lease, the demand for flexibility still exists. Flexibility has become vital no matter what growth stage a firm is at.
Matt Livingston
Tech Tenant Specialist at JLL
$2.5 Billion Raised
Tech
Other

New York startups raised $2.5 billion in Q2; $1.9 billion of that went to tech companies. At least 3 startups raised huge rounds of $150 million or more. This theme, of fewer giant companies controlling a large proportion of capital and employees is corroborated by a broader trend of the consolidation of capital and power. Bloomberg reports that there were 7,322 publicly traded US companies in 1996, but by 2015 that number halved; there were only 3,659 public companies in 2015.

NYC’s VC funding in Q2 2017 is the greatest example of this theme in recent memory. The average amount of funding per company is extraordinarily high, even for New York. The average funding round of approximately $15.8 million per transaction exceeds any other quarter since at least Q1 2014. In New York City, only two quarters since 2014 raised more total venture capital than Q2 2017. These were Q3 2015, and Q4 2016. The approximate average values per transaction for those quarters were $11.8 million and $13 million respectively.

NYC Flexible Office is Worth Billions and Growing

The growth of tech in NYC is nothing new. In fact, it’s been on an upwards swing since at least 2007. While the increase in NYC tech employment grew just 0.1% YoY in August 2017, tech employment has grown 60% since December 2007, according to JLL. If we look at these two trends together – the consolidation of funding/power and the growth of tech in NYC – we can infer that large tech companies and enterprises will continue to drive flexible office in NYC. 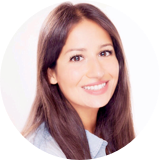 An increasing range of companies, notably large ones, have embraced the concept of co-working. Well-known companies like Blue Apron, Anheuser Busch, Compass, IBM, Microsoft and the likes have embraced shared office space and in many cases have taken over entire facilities for multi-year deals.
Sherin Kermanshah
Sales & Marketing Director at Coalition Space

With bigger funding rounds, involving more money and fewer companies, there will be a handful of big players making the most significant moves in NYC’s flexible commercial real estate market. We’ve already seen examples of the effects of these trends. For example, in April 2017, IBM signed a deal to rent every desk in WeWork’s University Place location in Manhattan. The deal involved 70k sq/ft of office space, presumably worth millions of dollars, although The Real Deal did not release official numbers. But, by most measures, it’s the most valuable coworking deal ever in New York City.